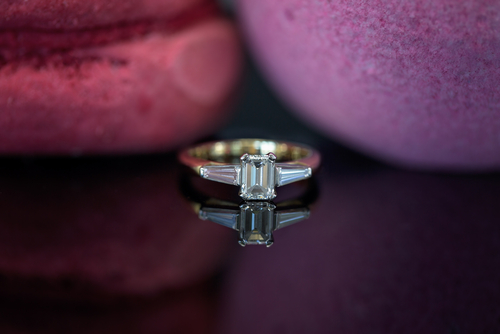 While shopping for diamonds, it is the grading report that helps you to better understand the qualities of the stone that you are buying. The report can tell you things about the value of the diamond and how it fares among other similar looking gemstones. A grading report or a certificate provided by a reliable gemological lab is also a security screen against synthetic and treated diamonds.

These labs perform a series of scientific analysis and tests on the diamond during the grading process. With the help of those, the gemologist will be able to find the presence of artificial treatments done in terms of clarity or color of the stone. Therefore, a grading report not only offers the buyer with a scientific blueprint of the characteristics and properties of the diamond, but also attests the authenticity of the diamond.

There are many gemological labs out there, but you need to understand that not all labs are equal. As a diamond buyer, it is important for you to have a good understanding of the differences between the different gemological institutes, and how they use different nomenclatures and grading systems. In fact, a grading report issued by one lab may be different from that issued by some other lab for the same diamond.

The gemological labs were set up with the goal to protect buyers by offering reliable details about the diamond. Yet again, there are also the in-house labs that certify diamonds. With the in-house certificates offered by diamond retailers and jewelers, they can call the buyer whatever they want to market it in a better way, meaning that you could be paying much more for a lower quality diamond. So it is always better to rely on the grading report and certification by a globally renowned source.

Let us look into the differences between the four most important gemological labs in the world today, namely GIA, AGS, IGI, and EGL.

GIA is the leading gemological lab in the industry today. Their grading is the most trusted and most widely used in the gems and jewelry market. The Gemological Institute of America has its headquarters in Carlsbad, California, and has their offices in many prominent cities around the globe.

Their grading labs employ more than 1400 diamond graders and scientists, who are certified by the agency to provide an unbiased report. Apart from GIA certification and grading, they also offer educational services and carry out many research works to come up with better technologies for the industry.

AGS is a US based lab, their main office being in Las Vegas. However, they are also globally consolidated via offices in Belgium, China, Israel, and Hong Kong. AGS is popular for their research and scientific approach into grading diamond cuts. Instead of making use of an alphabetical system to rate diamonds, AGS uses a scale from 0 to 10 to rate the characteristics of diamonds, with 0 set as the best and 10 set as the worst.

Like the GIA, the American Gemological Society is also known for their consistency and standards in grading diamonds. AGS certification is the second most widely used gemological report in the United States. For the first time diamond buyers, the AGS methodology of grading diamonds can be a little bit confusing to figure out. However, once the buyer gets the hang of things, it can be pretty easy and straightforward. For instance, if a jeweler tells you that a diamond has cut grade of 0, color grade of q2.5, and clarity grade of 3, the equivalent on the GIA certification grade will be a diamond with VS1 clarity, Excellent cut and I color.

IGI is based in Antwerp, Belgium. They are the second most well known lab in the world after GIA. Most of the polished diamonds available in the market are graded by IGI and the lab is much popular in the Asian countries. While IGI and EGL are widely recognized outside the United States, mainly in Asia and Europe, both of the agencies have offices in New York. For this reason, it is not uncommon to see many diamond retailers in the US offering diamonds that are certified by the International Gemological Institute.

EGL is a European founded diamond grading agency with a global footprint. They have their offices in Paris, Tokyo, London, Tel Aviv, Johannesburg, and many other places around the world. The European Gemological Laboratory is famous for pioneering many diamond grading techniques for those diamonds that weight less than 1 carat. EGL is also infamous for the introduction of SI3 clarity grading standards for diamonds, which have influenced a lion’s share of market in the European countries.

← Why is it So Important to Buy Certified Diamonds? What to Watch for in the Diamond Ring Certification →