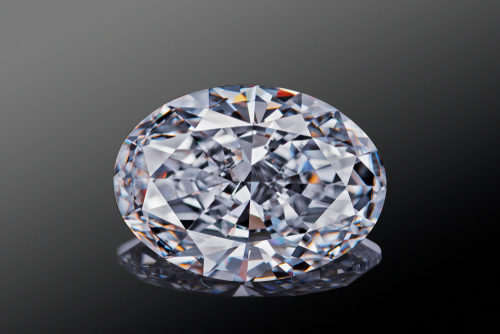 FTC recently found out that many companies have advertised diamond-set jewelry pieces without revealing that diamonds were lab-made. After that, the agency clearly told the industry to specify whether lab-grown or natural diamonds are set on jewelry. Now, GIA (Gemological Institute of America) has also updated the writing on its lab-made diamond certificates in order to meet the guidelines set forth by FTC (Federal Trade Commission). Previously, the Institute used the word “synthetic diamond reports”, but it has taken out the term “synthetic” and has replaced it with “laboratory-grown”.

The diamond grading institute said on April 05, 2019, that it would not use the term while referring to the stones made in a laboratory, either in the title or its reports. It will keep using descriptive terms of clarity and color for lab-made diamonds, suggesting the variety of grading that is referred to in the GIA grading report.

In addition, the GIA certificate verification part will involve a QR code that will link to its report-check service, and give more information concerning the lab diamond growth process to consumers. It will list any clarity treatment to the stone as well.

The Gemological Institute of America will also include a comment on the diamond grading report that discloses the fact it is lab-grown, and has been made with either High Pressure High Temperature or chemical vapor deposition method.

The Chief Executive Officer of GIA, Susan Jacques has said, “Over the past few years, there has been an incredible advancement in the technology by which laboratory-grown diamonds are made. With the increased availability of man-made diamonds in commercial qualities, sizes and quantities, and with greater consumer awareness of and desire for this product, GIA is making these changes to align with the revised FTC guides and changes in the market.”

In March 2019, HRD Antwerp also announced changes to the lab-grown-diamond grading reports of it, comprising updating its language to match that of natural diamonds, as well as expanding the color categories of it for synthetic gemstones. In September 2019, HRD Antwerp will launch a lab-made-diamond-jewelry report as well.

The new lab-diamond reports of GIA will be available starting from July 01, 2019. The Institute also noted that customers who have bought synthetic-diamond report from it before that day can have the report exchanged for the new one for free.